Designer
Marks of the Beast
Part 2

"A swirl of "white light" represents Lucifer in the upper levels of witchcraft."

"A spiral is an ancient goddess emblem symbolizing the universal pattern of growth in Nature."

"20 July was the feast of the sun, of Helios, and the day was later given to St Elias. The sun not only represents fire, one of the four elements, but is also the great life-giver and seed-wakener, the moon's partner, the masculine God."

"...the third age would be one of love, joy, and freedom, when the knowledge of God would be revealed directly in the hearts of all men. The Age of the Spirit was to be the Sabbath or resting-time of mankind. Then the world would be one vast monastery, in which all men would be contemplative monks rapt in mystical ecstasy and united in singing the praises of God. And this new version of the kingdom of the Saints would endure until the last judgment." ~ Norman Cohn, The Pursuit of the Millennium, p. 108-9.

"In June of 1980, the...Temple of  Understanding...sponsor(ed) the formation of a World Monastic Council... - to be an international network of monks, nuns, scholars, theologians and laity from...both East and West, who would work together to create...the global society of the future to work for the awakening of spiritual consciousness (godhood)." ~ Brenda Scott & Samantha Smith, The Trojan Horse: How the New Age Infiltrates the Church, p. 83.

Circles within Circles
Point within a Circle
"All-Seeing Eyeball? with Obelisk atop

Take me to your leader?

"The Fire Within" was theme of the 2002 Winter Olympics!

Subtitle: "Light the Fire Within" and "Children of Light" are Black Magick Illuminist terms that refer to the coming Antichrist!  Most blatant display of Antichrist symbolism ever seen in an Olympics. (Disclaimer: See Expose of Cutting Edge Ministries)

(can still see a hexagram) 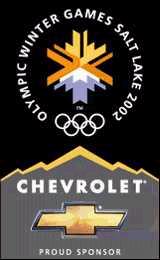 "The U.S. Department of Commerce Patent and Trademark Office currently posts the following abstract for a "Method for verifying human identity during electronic sale transactions".  This invention is a tattoo rather than computer chip implant:

"'A method is presented for facilitating sales transactions by electronic media. A bar code or a design is tattooed on an individual. Before the sales transaction can be consummated, the tattoo is scanned with a scanner. Characteristics about the scanned tattoo are compared to characteristics about other tattoos stored on a computer database in order to verify the identity of the buyer. Once verified, the seller may be authorized to debit the buyer's electronic bank account in order to consummate the transaction...'"

They use HEXAGRAMS soooooooo much!

I know that there are only so many artistic designs and shapes but they really use it a lot.

NOTE in the pictures immediately above the single eyes.  In occult symbolism, a single eye represents the All-Seeing Eye or Third Eye -- a symbol for Horus, the Sun-god and psychic awakening:

"And the serpent said unto the woman, Ye shall not surely die: For God doth know that in the day ye eat thereof, then your eyes shall be opened, and ye shall be as gods, knowing good and evil." Gen. 3:4,5

"To 'open' the eye a little bit is to experience psychic powers. To open the eye completely is to have your brain flooded with the 'pure' consciousness of Lucifer himself. This is why one of the Masonic symbols is the 'All-Seeing Eye.' It is a symbol of Illumination. This is Satan's counterfeit for being Born Again. In it, you acquire a 'personal relationship' with Lucifer. You begin to think his thoughts and see with his eyes. You begin to look at humans the way he does. It is not a pretty sight." ~ William Schnoebelen, Masonry Beyond the Light, p. 197.

"Hieronimus remarks: 'The single eye also has been identified with the third eye or spiritual eye and therefore with clairvoyance. The esoteric tradition relates the single eye to the inner light, intuitive power, illumination, and the philosopher's stone...'" ~ Burns, p. 362

"Concerning the New Age, one will increasingly see figures showing or emphasizing only one of their eyes on television ads, or on magazine covers, etc. In esoteric or occult terms, the right eye represents Osiris (the male) and the left eye represents Isis (the female). A single eye, indistinguishable as left or right, represents the All-Seeing Eye (Horus Hawk from Egypt). In the last few months, covering over a year, Time magazine has had 10 covers with single eyes prominent. Secretary of Education Lamar Alexander on the 9/16/91, Ted Turner 1/6/92/ Susan Faludi 3/9/92, Ross Perot 6/29/92/ Kevin Buchberger with a caption 'come out of the darkness' 7/6/92, Bill Clinton 1/4/93, Zoe Baird 2/1/93, Boris Yeltsin 3/29/93, and 'The Info Highway' 4/12/93. Also see Ross Perot on Newsweek's cover 4/27/92." ~ Burns, p. 373-4